Get To Know Richard. 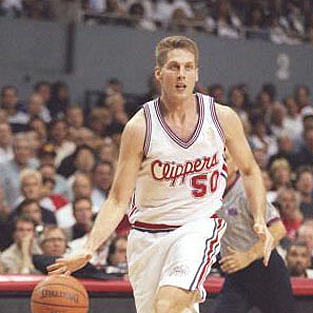 From Wikipedia, the free encyclopedia

Richard Alan "Rich" Manning (born June 23, 1970) is a retired American professional basketball player who was selected by the Atlanta Hawks in the second round (40th overall) of the 1993 NBA Draft. A 6'11" power forward-center born in Tacoma, Washington, Manning played two years in the NBA, for the Vancouver Grizzlies (1995–1996) and the Los Angeles Clippers (1997). He played collegiately at both Syracuse University and the University of Washington, after having attended Center High School in Antelope, California.

Now a husband and father of three boys.  I spend my time coaching basketball and helping people with Home Ownership.  I have been a loan officer for 14 years, and have enjoyed every client I have helped. Not Your Average Mortgage Lender

We're on a mission to provide an elevated experience for those looking to achieve their homeownership goals, from purchasing, refinancing, and everything in between. It is this mission that allows us to be a leader and stand out in a crowded marketplace. Armed with our yes you can mindset, Summit Funding empowers our partners, clients, and employees to achieve new heights both in our industry and beyond.